Can astaxanthin give sun protection to human skin?

Algatech Ltd. is a manufacturer of astaxanthin from microalgae, and the company recently partnered with Fujifilm to see what happens to humans when their skin is exposed to UV light after oral consumption of astaxanthin.

Could the red carotenoid astaxanthin, which makes crabs and other animals red, one day be found in sun-protection products? Algatech Ltd. (Kibbutz Ketura, Israel) is a manufacturer of natural astaxanthin from microalgae. Recently, FujiFilm (Kanagawa, Japan) conducted a research study on Algatech's astaxanthin ingredient, which is featured in FujiFilm's branded supplement, Astots. The FujiFilm researchers sought to examine what happens to humans when their skin is exposed to UV light after oral consumption of astaxanthin. Results of their study1 are now published in the journal Nutrients.

Twenty-three subjects were assigned to a 4-mg supplement of astaxanthin or placebo daily for nine weeks. Their skin was irradiated at the beginning of the study and after nine weeks of daily astaxanthin intake to see if any skin changes would be detected.

According to the researchers, astaxanthin intake was associated with a higher minimal erythema dose (MED), meaning the amount of UV exposure required to visibly redden the skin. This effect was linked to a reduction in epidermal water loss. A subjective visual and touch assessment of non-irradiated skin yielded higher scores following astaxanthin, too.

While the skin parameter improvements are believed to result from astaxanthin intake, the company claims that its patented dispersant technology may have also been an important factor. The company says its technology has been shown to improve astaxanthin absorption in the body.

This latest study banks on previous animal and cell studies, as well as a cosmetic trial on women,2 that have found astaxanthin may have sun-protecting effects. A weakness of this latest study, however, is that outside dietary astaxanthin intake was not monitored. The study took place in Japan, where astaxanthin-rich crab, shrimp, salmon, and salmon roe are common foods. Had these researchers measured blood and/or skin levels of astaxanthin in each study participant, they believe their study design would have been even stronger.

Astaxanthin is believed to protect the skin from UV damage by acting as an antioxidant that can reach the epidermis. The nutrient seems to protect itself from UV damage, too, since it’s best grown commercially in extremely sunny environments. Still, the precise mechanisms by which astaxanthin may function against UV light in humans and plants are yet to be fully understood.

Algatech Ltd. supplied its AstaPure astaxanthin to Fujifilm for this study. Its astaxanthin is sourced from the microalgae Haematococcus pluvialis, which Algatech grows in the Arava desert of Israel where sun is always plentiful.

Hagai Stadler, CEO, Algatech, stated: “Algatech emphasizes that FDA guidelines about claims should always be respected. Studies show that astaxanthin may support skin health and should be used as another layer of protection in summer days. Astaxanthin creates another important layer of protection that supports the skin's health over time. A daily intake of natural astaxanthin can enhance our skin protection, as was shown in several studies. Astaxanthin is not a replacement of a sunscreen or other necessary products to protect [from] the sun, like a hat and [protective clothing]. Algatech is located in a desert, at one of the most sunny places on earth, and [we] are fully aware of the importance of using all possible ways to maximize the skin health protection." 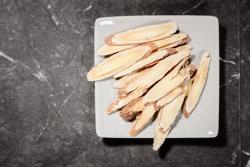