A product called SlimShake Chocolate, as explained by its marketer RBC Life Sciences Inc., can help curb your appetite while satisfying your craving for the sweet taste of chocolate. According to the company, "The natural health benefits of cocoa have been combined with RBC's NanoCluster delivery system to give you CocoaClusters, a technologically advanced form of cocoa that offers enhanced flavor without the need for excess sugar."1

CocoaClusters are nanosized silica particles, each of which is coated with molecules that deliver a chocolaty flavor. Because nanotechnology increases particles' surface area per unit mass, it creates a greater surface area that, when the particles hit the taste buds, enhance the product's chocolaty flavor.2,3 Thus, RBC Life Sciences promotes SlimShake Chocolate as "delicious weight-loss support,"1 using nanotechnology to address one of today's key health issues-weight control and obesity.

Another product of interest is Canola Active Oil, marketed by Shemen Industries.4 This product is refined from rapeseed and is enriched with two-and-a-half times its natural quantity of phytosterols, thanks to a nanotechnology process called Nano-Sized Self-Assembled Structured Liquids (NSSL). NSSL involves "the development of minute-compressed micelles, which are called nano-drops," which act as carriers for nutraceuticals. In Canola Active Oil, the nanoscaled micelles contain the phytosterols that serve to inhibit the transportation of cholesterol from the digestive system into the bloodstream. Lowered cholesterol levels in the blood reduce the risk of heart disease and stroke, thereby addressing another key global health issue.

The above examples are indicators of what is coming-and has been coming-to the food and drink market. In fact, a long list of food products and supplements that are associated with nanoscience or nanotechnologies can be found on the Web site Project on Emerging Nanotechnologies, www.nanotechproject.org.5 As consumers become increasingly aware of the vital role that food and drink play in their health, manufacturers are seeking novel processes that will allow them to deliver functional foods that address health issues such as weight management, diabetes, cholesterol control, bone maintenance, and brain and eye health.

Nanoscience, the science of very small sizes, is an emerging technology that academic research and scientific publications have shown to deliver such health benefits in the context of food and drink products. Nanotechnologies are an extension of nanoscience and are defined as "the design, characterization, production, and application of structures, devices, and systems by controlling shape and size at the nanometer scale." Nanotechnologies are widely used in the electronics, automotive, and pharmaceutical sectors. However, a certain degree of technology crossover is currently happening, mostly from the pharmaceutical industry into the food and drink industry. The word nanofood refers to the use of nanotechnology techniques, materials, and tools during the production, processing, and packaging of food and drink products.

There is a strong and proactive interest in developing the role of nanotechnology in the food and drink industry. For example, NanoBio-RAISE, a project that focuses on nanotechnology ethics issues, says that since 2006, the Danish Technology Foundation has invested €2 million in research on nanotechnology for food applications.6 In the Netherlands, the government is investing 50% of its €12 million research project on nanotechnology for food and health and has proposed a larger program. NanoBio-RAISE also mentions the names of some of the food and drink companies that are engaged in nanofood research: Kraft Foods, General Mills, Unilever, and Friesland Food, to name a few.

When considering use of nanoscience and nanotechnologies in the food and drink sector, companies are trying to keep a balanced perspective on the use of natural/organic materials and engineered/inorganic materials. Natural/organic materials are produced by living things; for example, oils, proteins, or hydrocolloids, and casein micelles in milk or fibrils in meat. The production of ricotta cheese, which involves allowing whey proteins to aggregate into nanoparticles, is another example of natural or organic nanoscience.7 Engineered or inorganic materials are minerals, silver, silica-those materials produced by nonliving natural processes or human intervention in laboratories. The use of nanosilver particles, which are recognized for their antimicrobial properties, is an example of inorganic or engineered nanoscience.

In general, Leatherhead Food International has identified four key areas in which nanoscience and nanotechnologies will play a role within the food and drink industry. In no particular order, they are health and nutrition; size, structure, and stability; safety and diagnostics; and coatings and packaging. (See the table on page 40 for examples of each.)

Nanoscience and nanotechnologies have the potential to deliver a range of health benefits. Over the last five years, there have been hundreds of peer-reviewed scientific publications submitted by various universities and research centers that have examined different nanotechnological approaches in food and beverages. Some examples are given below:

As demonstrated by various research, there are tremendous benefits when using nanoscience and nanotechnologies to optimize the health benefits of food and drink products. However, such research needs to be complemented by an examination of the toxicological impact of nanomaterials. This is a main point of controversy surrounding nanotechnologies today.

The need for such research was recently underlined by the United Kingdom's House of Lords Science and Technology Committee Report, "Nanotechnologies and Food," which was released on January 8.7 The report states that it is essential to "...ensure that regulatory agencies can effectively assess the safety of products before they are allowed onto the market." The report also stressed that "....while many types of nanomaterials may well prove to be harmless, others may present a higher risk...." Persistent nanomaterials are especially of concern if "...they do not break down in the stomach and may have the potential to leave the gut, travel through the body, and accumulate in the cells with long-term effects that cannot yet be determined...." Furthermore, the report stated that while nanoscience and nanotechnologies can be shown to bring enormous benefits to consumers, "...effective public communication and transparency is essential, given public sensitivities over new food technologies, to ensure that consumers are able to make informed decisions about the use of nanotechnologies in the food sector..."

Stay in your lane: Novel delivery systems must comply with supplement regulations 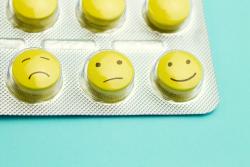 Mood-boosting supplements are smarter than ever 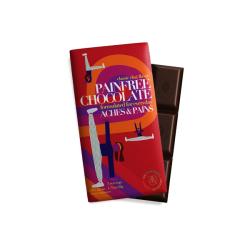