A civil affair, the meeting saw panelists take turns at the podium raising their concerns about dietary supplement regulations and providing suggestions for the best course of action. Below are some of the topline concerns.

Larisa Pavlick, vice president, global regulatory and compliance for the supplement association the United Natural Products Alliance (Salt Lake City), spoke on behalf of the group’s president, Loren Israelsen, about concerns over the treatment of synthetic botanicals in FDA’s most recent NDI draft guidance, which the agency published in August 2016. (For a comprehensive review of some of the draft guidance’s biggest obstacles, read Nutritional Outlook’s 2016 e-book here.)

FDA’s 2016 draft guidance for NDI notifications excludes synthetic botanicals from being considered dietary ingredients, prohibiting their use in the market. At last week’s meeting, Cara Welch, acting special assistant to the deputy commissioner for policy, legislation, and international affairs, for the Office of the Commissioner at FDA, who moderated the first two sessions of the meeting, went so far as to say that there is no such thing as a synthetic botanical. She argued that because a synthetic botanical doesn’t come from a plant, it cannot not be considered a true botanical and should be referred to using the terminology “synthetic copy of a botanical constituent.”

Whatever the preferred terminology, the exclusion of synthetic botanicals from qualifying as dietary ingredients has been a major point of objection from industry.

Pavlick, in her presentation, questioned why synthetic botanicals would be excluded from consideration as dietary ingredients when a number of synthetic compounds used in dietary supplements already exist, such as CoQ10. This contradicts the intentions of DSHEA, she argued. Pavlick likened FDA’s rationale for this decision back to FDA’s thinking surrounding its decision to ban Ephedra in 2004, a period during which Pavlick said she believes the agency blamed the synthetic alkaloid in the drug for the adverse effects experienced by the public rather than considering the misuse of the synthetic alkaloid by manufacturers.

When Is an NDI Required?

Industry leaders also said the industry remains confused about when an NDI notification is required. According to the most recent NDI draft guidance, “A notification is not required when the NDI and all other dietary ingredients in the dietary supplement have been present in the food supply as articles used for food in a form in which the food has not been chemically altered.”

A great deal of confusion still remains about what constitutes a chemical alteration, stated Michael McGuffin, president of the American Herbal Products Association (Silver Spring, MD). For example, in the case of botanical ingredients, McGuffin expressed the need for clarification in cases where there is a change in agricultural practices, such as picking a botanical at a different stage of life, after which the end product may have a different chemical composition. Does this constitute a chemical alteration, he asked?

Unresolved issues such as these may be affecting current compliance with NDI notification laws. Steve Tave, director, Office of Dietary Supplement Programs, Center for Food Safety and Applied Nutrition for FDA, stated at the meeting that the number of NDI notifications submitted since the 1994 passage of the Dietary Supplement Health and Education Act (DSHEA), the law governing dietary supplements and requiring NDI notifications, is low. He noted that the number of actual NDI filings with FDA compared to the number of products currently on the market seem mismatched. According to statistics he cited, there are between 50,000 and 80,000 dietary supplement products currently on the market, while only 4,000 products existed in the market when DSHEA passed. That is a large increase in products, and while clearly not all of these would require NDI notifications, 1,100 filings, the number that Tave said currently exist, is a relatively small amount.

A master file is one possible solution. Industry and the agency have long talked about the potential benefits of a master file which would allow companies to piggyback off of an existing NDI notification, eliminating the need for a company to file a fresh notification.

At last week’s meeting, this idea of a master file was supported by Andrew Shao, interim senior vice president of scientific and regulatory affairs, Council for Responsible Nutrition (Washington, DC), and Jay Sirois, senior director of regulatory and scientific affairs, Consumer Healthcare Products Association (Washington, DC). Through a master file system, a firm would be able to submit an NDI notification with proprietary information kept confidential, and other firms would be required to seek authorization from the owner of that master file to reference the contents of the file in their own NDI notifications. However, FDA has yet to establish such a system.

Another issue cited by panelists such as Shao and Daniel Fabricant, PhD, president and CEO of Natural Products Association (Washington, DC), is what they described as a lack of meaningful enforcement of existing law by FDA. They discussed how enforcement could be handled.

Shao said he believes recalls can be a useful enforcement tool, although one barrier FDA would face with this option is having to prove a serious adverse health consequence of the ingredient of concern. Both Scott Bass, head of global life sciences team for Sidley Austin LLP (Chicago) and Shao also discussed the benefits of a mandatory supplement product registry, which would assist FDA in enforcement by allowing the agency to know what products are on the market; however, they noted, a registry system would require associated consequences to deter violators from going to market without registering their products.

There was also some debate about the Generally Recognized as Safe (GRAS) self-affirmation process and whether this process is being abused by firms to get around the requirement to file NDI notifications. FDA has said that ingredients with GRAS affirmation may not need to file an NDI notification.

During the meeting, while speaker Ashish Talati, partner, Amin Talati & Upadhye (Chicago), defended GRAS status as an exception for when companies need to file NDI notifications, Laura MacCleery, policy director for the Center for Science in the Public Interest (Washington, DC), a consumer safety advocacy group, criticized the self-affirmed GRAS process as being secretive and vulnerable to conflicts of interest. MacCleery also said she does not believe that GRAS affirmations are an adequate substitute for NDI notifications because they fail to address, for example, the safety of ingredient mixtures and only look at the use of ingredients in isolation.

Overall, last week’s meeting had a lot of recurring themes, such as disagreement on synthetic botanicals, unresolved questions about NDI notifications, and the potential benefits of a mandatory product registry, but it was interesting to see trade groups advocating for actual enforcement of NDI notifications, and the differences in opinion that exist about the value of self-affirmed GRAS status.

Overall, the takeaway industry concern seemed to be about ensuring that FDA can effectively regulate supplements while not stifling the market overall. For instance, Bass was the first industry representative to speak. He criticized the most recent NDI draft guidance for limiting the definition for what ingredients can qualify as dietary ingredients, and disincentivizing companies from innovating and conducting good science.

This meeting mainly served to allow industry members to present ideas and argue their positions, so what FDA does with the information and how they proceed in their discussions with industry moving forward will be the real test for how serious the agency is with finding common ground with industry. 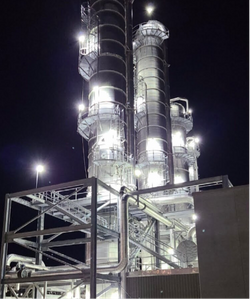